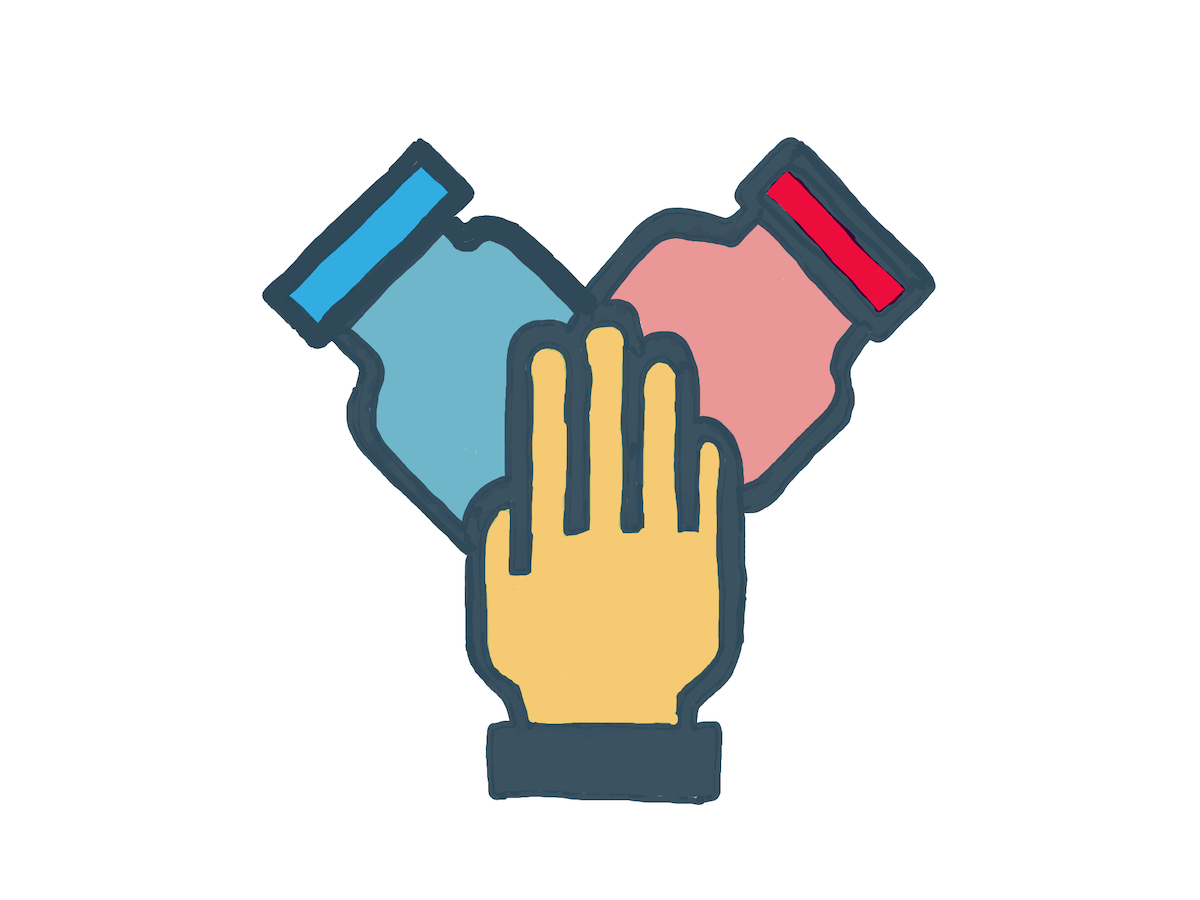 This is an excerpt from my book Keep Your People: The Startup Manager's Guide to Employee Retention. Buy it today!

This is a book about keeping your people. It is written with the startup manager in mind — written, that is, with the understanding that you have better things to do, that you can’t pay the highest salaries, that things are breaking all the time at work, and that you just want to learn how to get your people to stay, dammit, so you don’t have to keep retraining new hires.

Out of respect for your time, this book will be short.

The first step to keeping your people is to understand why they leave. A nuanced understanding of why people leave gives you more levers to use in pursuit of higher employee retention.

I will argue in the coming pages that there are six categories of reasons that people leave companies. These six categories are the result of three years of searching and experimentation. The way it started was that I really, really disliked people leaving me — and so, shortly after I became a manager, I started seeking out patterns in the reasons people gave as they left.

I asked friends for their decision-making processes. I interviewed employees and former employees at my company to see what reasons, if any, they gave for quitting. I googled online for retrospectives and discussions, and asked mentors in Singapore’s tech ecosystem for advice.

In the first, lean year, this search was out of desperation more than anything else. People were leaving my company for a variety of reasons, and I needed to stem the tide. I discovered that the Vietnam office was badly managed before I was hired to run things; the ex-employees I talked to had a long list of complaints.

As I searched, I began to build a model for understanding employee retention. Don’t get me wrong, this model was woefully inadequate in the beginning. But it became more and more predictive as time went on — each time I found a new type of reason, I added it to my list.

After three years of trial and error, I've settled on the following list of six reasons. I’m very confident that this framework works; after all that time searching, I’ve not found any significantly different type of reason that won’t fit into one of these six categories. And I’ve used this framework to great success: by the end of my tenure at the company, I could predict with a high degree of consistency the likelihood that any member of my team would leave. This meant being able to plan my activities around their departure; it also meant being able to act early to prevent them from leaving — sometimes even before they realised they were at risk of jumping ship.

The final element that gives me confidence in this framework is that I’ve taught my methods to a handful of friends in other companies. Nearly all of them have found these ideas to be actionable and useful.

So let’s get started.

There are really only six reasons that people leave companies. Let's list them in no particular order:

The important thing about this framework is that these six reasons aren’t single-causal. That is: no one reason, alone, is likely to cause an employee to leave. Instead, you should think of this as six dimensions with which to evaluate flight risk. Once an employee has had ‘enough’, they’re out of here — whatever ‘enough’ might mean to them.

Your job is to figure out what that ‘enough’ is. This book helps you by making that evaluation process concrete.

But first, let’s pause to ask: why is this the case?

Most people don’t enjoy leaving and searching for another job.

The reason this framework works is because most people don’t enjoy leaving and searching for another job. Part of this is the fact that job hopping demands a lot of work. Humans are pretty good at procrastinating on things that demand a lot of work from them — that is, our natural state is to put difficult things off until the situation is no longer bearable, or until some extenuating circumstances forces our hands. But another part of it is the trepidation that most of us feel when starting on a job search.

Humans don’t like rejection, after all. Job searches are a cesspit of potentially soul-crushing rejections. Therefore, we build a fence around the idea of leaving, an internal ‘ugh’ field that repels our mind from even thinking thoughts in that direction.

This explains why scoring a job after an extending period of searching often feels like coming indoors after a torrential downpour. You’re so relieved to be out of the rain that you don’t really care where you are. This effect also explains why people are often told to manage their psychology when nearing the end of an interview process — you don’t want to desire the job so badly that you leave a few thousand dollars at the negotiating table.

On the flip side, this ‘ugh’ field explains why some people stay on in jobs that aren’t good for them. You and I know people like this; we might even have been those people at some point in the past. Look at your friends: how many of them are in jobs where they’re not learning enough, or where they’re underpaid and unhappy. Why haven’t they left? The ‘ugh’ field is why.

Don’t get me wrong: not everyone is beholden to the ‘ugh’ field. I’ve hired some people who were absolute mercenaries, and who used my company and my team as stepping stones to negotiate better salaries elsewhere. You’re going to experience a few of those in your time. But by and large, the majority of individuals you’ll hire or work with will be reluctant to search for a job — at least, until a confluence of factors convince them otherwise.

As a manager, understanding that this ‘ugh’ field exists (for most people) is a prerequisite to using the ideas in this book. It is an advantage in your favour. While I recommend that you try as much as possible to keep your people happy, let’s be honest: a less ethically-minded manager could use these ideas to keep people for far longer than is good for them. It’s perfectly possible to use these ideas in a way that keeps employees against their best interests.

But it wouldn’t be right.

How to Use This Book

Imagine that each person has inside them an array of internal 'stay or leave' meters. Imagine that there is a meter for each of the following six questions:

Each answer can be thought of as lying on a spectrum from ‘acceptable’ to ‘unacceptable’. If too many of the questions end up on the ‘unacceptable’ end of things, the employee in question is likely to leave.

A direct implication of this is that this isn't an exact science. What is ‘acceptable’ or ‘unacceptable’ for each of the six questions will differ according to individual. This means that this framework is dependent on your ability to read your subordinates’s unique preferences. In the coming chapters, we will explore a list of techniques and exercises to get better at understanding and evaluating your subordinates.

This will not be easy at first. The hallmark of learning any management technique is that you must be willing to engage in trial and error; in this case, you’re going to lose several people as you build this model into your practice. You might find that your reading of their motivations are mistaken, or that certain policies in your company need to change in order for your techniques to work.

However difficult it may seem, I urge you to follow along and to stick with it. These principles are universal, because the principles of human psychology and motivation are similar for knowledge workers in every country. And the problems that startups face are more similar than you think.

It seems a bit ridiculous to think that managers can affect retention so powerfully. One common mistake is to assume that corporate policies are responsible for retention — and that there’s nothing the individual manager can do to keep people.

But this assessment is flawed for two reasons. The first is that if this were true, the phenomenon of teams following managers whenever they move to a different company wouldn’t exist. Second, if you are in a startup or a small company most of your policies are ad-hoc and undefined. This leaves considerable room for an individual manager to act.

And so we’re left with the following assessment: your job as a manager is to understand where each person lies on their six personal spectrums, and then adjust accordingly to keep them for as long as you can. This book will show you how.

Keep Your People is available for purchase here. Want an excerpt? You may download the first two chapters for free!